A number of FAO staff attended a seminar titled “Kyoto University – Creating Knowledge for Food Security” to listen to Dean Nawata and Prof. Umetsu’s lectures. An FAO facilitator opened the seminar by introducing the collaborative relationship between Kyoto University and FAO, which was followed by lectures titled “Introduction of the Graduate School of Agriculture, Kyoto University” and “Estimation of Land Productivities in Mainland Southeast Asia” given by Dean Nawata, where he gave a brief introduction of Kyoto University and GSA, and his recent research activities. After Dean Nawata’s talks, Prof. Umetsu gave a lecture on “Building farmers’ resilience for food and nutrition security in Southern Zambia under rainfall variability.”

In the morning, Dean Nawata and Prof. Umetsu attended meetings, where they met with FAO staff from various departments to discuss themes for joint works and how to enforce the relationships between their departments and GSA.

After the seminar in the afternoon, a signing ceremony to renew Memorandum of Understanding concluded between Kyoto University and FAO in June 2016 took place. Ms. Marcela Villarreal, Director of Partnerships, Advocacy and Capacity Development Division, FAO, and Dean Nawata, who attended the ceremony on behalf of Kyoto University, confirmed an agreement that they will work toward deeper cooperation between two parties. 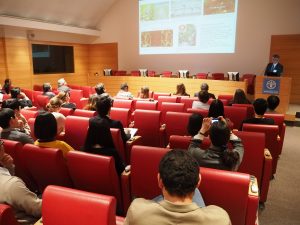 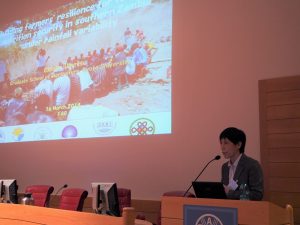 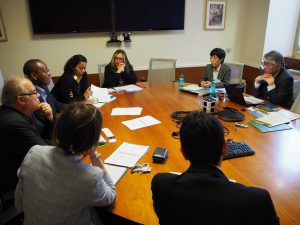 Discussion on themes for joint work 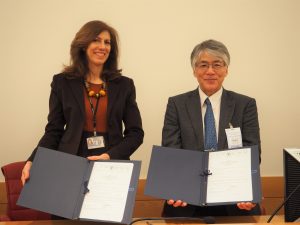