The 4th KU-KUGSA Bilateral Symposium on “Food, Environment and Life for the Next Generation: Achieving the Sustainable Development Goals” took place at KUGSA from December 5th to 7th.

The MoU between Kyoto University and Kasetsart University was signed in 1984 and the two universities have built a mutually beneficial partnership over the years. As KU is the first agricultural university in Thailand, KU and KUGSA have an especially strong partnership not only in joint research, but also in various collaborative programs such as double degree program and summer schools. The KU-KUGSA bilateral symposiums have been held every year since 2015 to advance the collaboration (the 3rd symposium was held at Kasetsart University in 2017).

Thirty KU participants including graduate students visited KUGSA for this occasion. Combined with the KUGSA participants, the total number exceeded 60.

In the plenary session of December 5th, the symposium opened with addresses by Prof. Eiji Nawata, Dean of KUGSA, and Associate Prof. Chatchapol Chungchoo, Vice President for Quality Assurance of KU. Those were followed by plenary lectures by Assistant Prof. Donludee Jaisut, whose topic was about the history of relationship between KU and KUGSA and the perspective for future collaboration, and by Prof. Motoki Akitsu, Vice Dean of KUGSA, whose topic discussed the harsh conditions of current Japanese agriculture. At the end of the plenary session, Vice President Chungchoo and Dean Nawata signed a Student Exchange Agreement between 7 KU faculties and KUGSA.

After the plenary session, parallel sessions were held at 3 venues under the titles of: “Agricultural Economy, Agronomy, Horticulture”, “Biochemistry, Food Science”, and “Agricultural Engineering and Environmental Agriculture”. Researchers from both schools presented their latest research activities which were followed by active discussions. After lunch break, KU and KUGSA researchers gave presentations in parallel sessions under the titles of: “Agronomy, Horticulture”, “Food Science, Marine Science”, and “Forest and Biomaterials Science, Economics”. After the parallel sessions, graduate students from both schools presented posters about their research achievements at the poster session. Many participants visited the venue and exchanged ideas.

On December 6th, the KU delegation went on excursions to two different routes (KUGSA experimental farm and a wood-processing factory). On December 7th, KUGSA students hosted a student exchange program for KU students. They deepened exchanges through lab tours as well as Japanese tea ceremony demonstrations and a visit to Kinkaku-ji Temple where KU students got to experience Japanese traditional culture.

The symposium wrapped up on a high note after 3 days. The number of first-time KU participants showed strong potential for a long-lasting collaboration even after generational change. It is expected that KU and KUGSA will continue to further strengthen their ties through various occasions including student exchange programs under the newly-signed Student Exchange Agreement.

From left to right: Dean Nawata and Vice President Chatchapol at opening addresses, Associate Dean Donludee and Vice Dean Akitsu at plenary lectures, and Prof. Kanzaki as a chairman 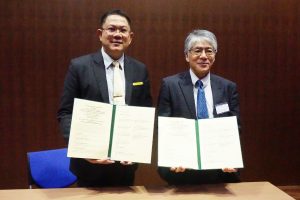 Dean Sukhet (left) and Dean Nawata at the signing ceremony 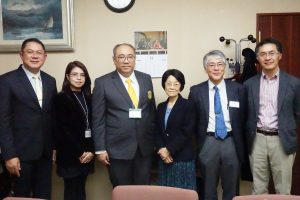 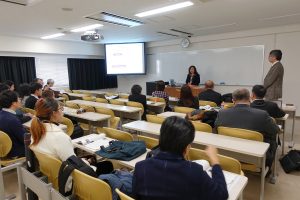 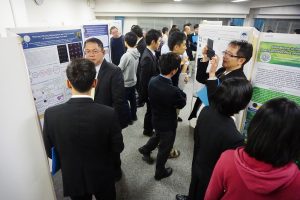 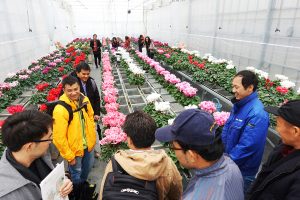